Why Fewer Immigrants Are Coming To Donald Trump's America 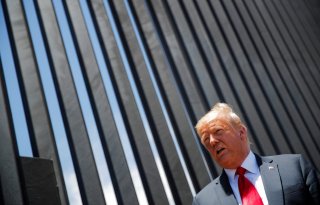 For the second year in a row, the proportion of the U.S. population who are immigrants did not increase, according to new numbers from the Census Bureau’s American Community Survey (its annual “mini‐​census”). This is the first time since the Great Recession that multiple years have passed consecutively with no increase.

The stall also defies Census Bureau 2016 projections which had predicted more than a million more immigrants by 2019, and the change had already placed America on pace to have the lowest growth in its immigrant share of any decade since the 1960s before COVID-19 drastically reduced both legal and illegal entries in 2020.

Figure 1 shows the immigrant share of the U.S. population from 2000 to 2019. The share increased by 1.5 percentage points from 2000 to 2007 before dipping in 2008 through 2009 as the housing bubble burst and employment fell. The share then rose again by 1.2 percentage points through 2017 to 13.7 percent where it has stayed during President Trump’s term in office. The Census Bureau in 2017 projected that by 2019, 13.9 percent of the U.S. population would be immigrants.

The broader historical perspective is key as well. The increase in the immigrant share of the population was the least since the 1960s when it declined. The growth was 0.8 percentage point from 2010 to 2019—less than half the growth from 2000 to 2010.

The change comes despite a wave of more than a million Mexican and Central American asylum seekers and undocumented border crossers in 2019—most of whom were not returned that year. The fact is that it’s lower legal immigration and more immigrants leaving that is driving the decreases in immigrant population growth in the United States. Figure 4 shows how the number of legal immigrants admitted to legal permanent residence from abroad has declined steadily under President Trump by 158,826. But this decrease is not enough to explain lower immigrant population growth. Many immigrants must also be choosing to abandon the United States, such as those caught in decades‐​long green card backlogs.

In a normal environment, immigration should have increased when unemployment reached historic lows. But the president’s anti‐​immigration policies made that impossible, increasing deportations and imposing many new regulations on legal immigration. But it could also be that his mere presence has created a social and political environment that is seen as unfriendly toward immigrants.