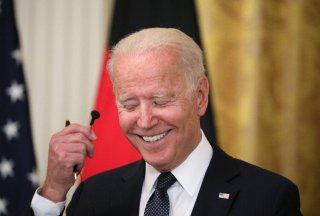 The first payments from the expanded child tax credit, which was brought into being by the American Rescue Plan, were sent out July 15, with more to follow over the next several months. A recently released poll shows that a majority of Americans had their lives impacted by the money already.

According to Politico/Morning Consult poll last week, those who have received the credit were asked “Has the expanded child tax credit payment you received had a major or minor impact on your financial security or has it had no impact?”

About thirty-five million American families received the first child tax credit, for a total of $15 billion.

“The payments will continue each month. The IRS urged people who normally aren't required to file a tax return to explore the tools available on IRS.gov,” the IRS said the day the first payments were sent out. “These tools can help determine eligibility for the advance Child Tax Credit or help people file a simplified tax return to sign up for these payments as well as Economic Impact Payments, and other credits you may be eligible to receive.”

The expanded tax credit came into being as part of the Rescue Plan and will only continue through the end of 2021. However, there have been various calls to make the expanded child tax credit permanent, or at least to extend it multiple years in the future.

“There are countless families around our country that are still struggling. We have to make sure that we have resources available to bring our children out of poverty. So many working families, particularly working moms, have been stuck in this horrible limbo of not being able to afford child care for their children so that they can go back and work,” former Obama White House aide Valerie Jarrett said in a recent interview.