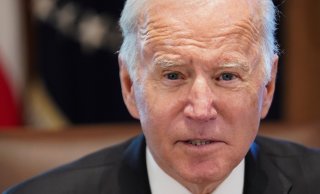 President Joe Biden will sign the Infrastructure Investment and Jobs Act into law on Monday after it passed both houses of Congress.

The bill has taken an unusual path to the president’s desk. The administration passed the American Rescue Plan Act in March and decided to pursue infrastructure next. That effort ultimately became two bills. One, focused on seeking bipartisan support, concentrated on roads, bridges, broadband, and other more traditional forms of infrastructure. The second, concentrating on social spending, would be passed through the reconciliation process. This would allow the second bill to not be subjected to the filibuster.

The bipartisan bill, known during the legislative process as the Bipartisan Infrastructure Framework (BIF), easily passed the Senate back in August. But it stalled in the House until November, largely because the ninety-six-member Congressional Progressive Caucus said it wanted it to pass the House at the same time as the reconciliation spending bill, known by that time as the Build Back Better bill.

The ultimate passage of the bipartisan bill in the House was the result of some tough last-minute negotiations. In the final vote, thirteen Republicans voted for the bill while six Democrats voted against it.

According to a Washington Post account, while the bulk of the Congressional Progressive Caucus ultimately decided to vote for the bill, six members associated with “The Squad” — Reps. Ilhan Omar (D-Minn.), Ayanna Pressley (D-Mass.), Cori Bush (D-Mo.), Rashida Tlaib (D-Mich.), Alexandria Ocasio-Cortez (D-N.Y.), and Jamaal Bowman (D-N.Y.)  — were the six Democrats who voted “no.” All six are members of the Progressive Caucus, but did not agree with the rest to vote for the bill.

“Passing BIF without BBB is a huge gamble,” Rep. Ocasio-Cortez said on Twitter after the vote. "People will point to pro-climate investments in BIF, but the oil & gas giveaways wipe out its progress to 0 or risk worse emissions. Passing BBB unlocks BIF climate perks.”

A New York Times account, published after the vote, gave the Congressional Black Caucus credit for unlocking the deal.

“Seeking to bridge the gap between a resolute clutch of balking Democratic moderates and a much larger group of liberals demanding that the president’s $1 trillion infrastructure plan only pass concurrently with his $1.85 trillion social welfare and climate change bill, the Black lawmakers proposed a plan that initially seemed far too timid and convoluted: pass the infrastructure bill immediately, then hold a good-faith procedural vote on the larger bill that would have to suffice before its final vote in mid-November,” the Times said.