Why So Many Conservatives Hate Joe Biden's Infrastructure Bill 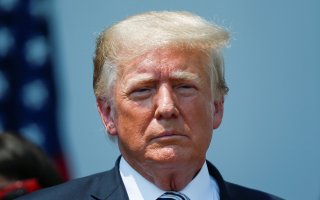 On Monday, President Joe Biden will sign the bipartisan infrastructure bill into law, after it passed the House earlier this month. Known during its journey through Congress as the Bipartisan Infrastructure Framework (BIF), the bill will officially be called the Infrastructure Investment and Jobs Act. It passed the Senate in August by a vote of 69–30, and the House by a more narrow margin of 228–206.

In these polarized times, bills often pass Congress strictly along party lines, and when they pass with bipartisan majorities, it’s often either a noncontroversial measure or something passed in an emergency. But the infrastructure bill was different-while a handful of Democrats voted against the measure, thirteen Republicans in the House voted for it, making its passage possible. In the Senate vote months earlier, many Republicans voted yes, including Senate Minority Leader Mitch McConnell.

According to CNN, those yes votes from House Republicans have not exactly been well-received in some conservative circles. Those members of Congress have been assailed for giving the president a political win, especially at a time when the Democrats suffered losses in last week’s elections.

“Very sad that the RINOs in the House and Senate gave Biden and Democrats a victory on the “Non-Infrastructure” Bill,” former President Donald Trump in a statement on Sunday. “All Republicans who voted for Democrat longevity should be ashamed of themselves, in particular Mitch McConnell, for granting a two-month stay which allowed the Democrats time to work things out at our Country’s, and the Republican Party’s, expense!”

Trump, famously, spent much of his presidency seeking to pass an infrastructure bill, and frequently proclaimed certain weeks as “Infrastructure Week,” although he often became distracted by other matters, and never passed such a bill.

Beyond Trump’s reaction, there have been calls from some in the Republican caucus to strip the members who voted for the bill of their committee assignments, although sources told CNN that “only a handful of the most conservative members are pushing to strip the members,” making such a move unlikely.

Things have gotten even uglier than that. Per the New York Post, a man on Long Island was arrested this week for threatening Congressman Andrew Garbarino (R-NY), who was one of the Republicans who voted for the infrastructure bill. The sixty-four-year-old man was charged with aggravated harassment.

“There are members of Congress that are fundraising off of their misinformation and attacking us, and it’s causing us to get death threats on the other side,” Garbarino told the newspaper.

Another Republican who voted for the bill, Rep. Fred Upton of Michigan, told CNN earlier in the week that he received a voicemail stating that “I hope you die. I hope everybody in your f**king family dies,” while also calling the veteran lawmaker a traitor.