Will Biden Extend The Pause On Student Loan Payments? 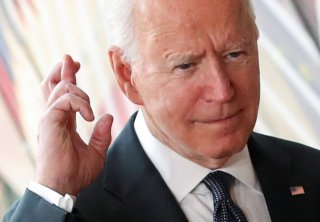 An administration official told the publication that the department “is working to ensure that struggling borrowers are supported when payments are lifted.”

“The pause was designed to support borrowers impacted by the pandemic and its economic impact,” the administration official said in a statement. “Every day we are making progress with respect to pandemic and economy is recovering. We appreciate that there are still impacts for individual borrowers/families.”

The department officials add to the slew of congressional Democrats and student loan advocacy groups urging the Biden administration to extend the payment pause to help alleviate the financial burden amid the economic crisis triggered by the coronavirus pandemic.

Senate Majority Leader Chuck Schumer (D-NY.) and Sen. Elizabeth Warren (D-Mass.), active proponents of widespread student loan cancellation, led a group of more than 60 Democrats who wrote to the president last month, pushing him to extend the payment pause until the end of March 2022 or until the pandemic is over, depending on which one is longer.

“We're calling on the administration to extend the pause on student loan payments to help support Arizona families as we continue our coronavirus recovery,” Sen. Kyrsten Sinema (D-Ariz.), one of the Democrats who signed the letter, tweeted on Tuesday. “Extending the current pause on federal student loan payments will provide relief to Arizonans and help them continue to recover from the coronavirus recession.”

And over 125 organizations, including the American Civil Liberties Union (ACLU), sent a letter to Biden to uphold his promise of mitigating the student loan crisis and extend the payment pause.

Sen. Patty Murray (D-Wash.) and Rep. Bobby Scott (D-Va.) also recently wrote to the president as they joined the pause push, arguing that the extension would allow the department to offer borrowers “with an effective re-entry for repayment.”

It’s unclear, however, whether the White House supports the extension effort, as some advisers have voiced support of it, while others argue that it could interfere with the administration’s mission to provide a smooth path toward economic recovery.

Education Secretary Miguel Cardona has not explicitly supported or deflected the effort, though he did note at a Senate hearing last month that, “Extending the pause is something that we have had conversations about.”

The Cares Act passed in March of last year first suspended all federal student loan payments and interest, and former President Donald Trump pushed the relief deadline twice in 2020. Once Biden took office, he also extended the pause until the end of September 2021.