Will Elon Musk Serve as Twitter’s Next CEO? 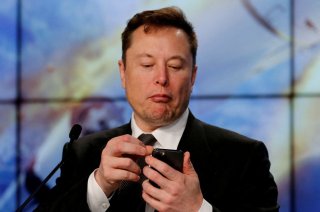 Elon Musk has a lot of full-time jobs already. He is the CEO and product architect of Tesla, CEO and chief engineer of SpaceX, and also founder or co-founder of several other companies, including The Boring Company, Neuralink, and OpenAI.

With Musk agreeing last month to purchase Twitter for about $44 billion and take it private, some have questioned exactly what Musk’s job title will be with the company if the purchase by Musk is completed as planned. Reuters reported late last month that Musk plans to dismiss Twitter’s current CEO, Parag Agrawal, with a source telling the news agency that he “has decided on who he plans to appoint as the new chief executive of Twitter, but the source didn’t name the person.”

Meanwhile, the source said that Musk has decided on who to name as Twitter’s new chief executive, but he did not name the person. Per a CNBC report Thursday, Musk plans to become temporary CEO of Twitter himself, once the deal is completed. Citing an SEC filing, CNBC also reported that Musk had lined up more than $7 billion in new equity commitments from individuals and institutions, including Oracle cofounder Larry Ellison, who committed $1 billion himself, as well as Andreessen Horowitz and Fidelity. Also possibly getting involved is Jack Dorsey, the co-founder of Twitter who was CEO until last year.

Per The Verge, the new funding means Musk will have to commit less of his own money to the deal. Musk had borrowed against his Tesla stock, which affected the stock’s value.  “Once the deal closes, we don’t know which direction the platform will go,” Agrawal reportedly told employees during a company meeting last week. “I believe when we have an opportunity to speak with Elon, it’s a question we should address with him.” Musk himself also plans to soon speak with Twitter employees, the report said.

The new incoming owner has hinted, including in recent tweets, that he’s going to try new monetization ideas, including possibly charging brands and government entities to tweet, while continuing to keep tweets free for most of the general public.  Mostly, though, Musk has spoken about wanting to restore a more free speech-based ethos to Twitter’s product.

"Free speech is the bedrock of a functioning democracy, and Twitter is the digital town square where matters vital to the future of humanity are debated," Musk said in the official announcement when the deal was announced on April 25. "I also want to make Twitter better than ever by enhancing the product with new features, making the algorithms open source to increase trust, defeating the spambots, and authenticating all humans. Twitter has tremendous potential – I look forward to working with the company and the community of users to unlock it."