Will the Expanded Child Tax Credit Survive Negotiations Over Build Back Better? 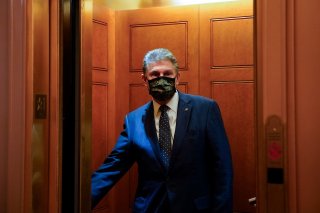 The expanded child tax credit was in place for the last seven months of 2021 after it was passed as part of the American Rescue Plan Act. Once it became clear that President Joe Biden’s Build Back Better legislative package would not pass the Senate, the credit expired at the end of 2021, and monthly payments did not go out in January.

There have been numerous indications that the child tax credit succeeded in alleviating child poverty. There has also been much debate over whether the expanded child tax credit had negative economic effects, specifically in terms of disincentivizing work. A new study suggests that wasn’t the case.

A new study from the  Social Policy Institute (SPI) at Washington University in St. Louis, along with Appalachian State University found that the expanded child tax credits in 2021 did not reduce unemployment.

“The research indicates that providing parents with financial support for their children is not leading them to forgo employment income altogether,” the study said.

The study looked at employment levels, both before and after the credits became available. It found there was no major difference, across income levels. The report also found that fewer parents reported that they were unemployed because of the need to care for their children.

“There is no evidence within the Census Household Pulse data — a large, high-quality, nationally representative data source — that CTC payments are leading people to leave the workforce,” the report said.

According to NBC News, Manchin “has told reporters that any expanded child tax credit should include a work requirement, and he floated an income limit” of $75,000 or less. Other lawmakers said they would like Manchin to come out and say what he is willing to support, rather than “turn the House and the Senate into teams of movie detectives trying to solve coded riddles.”

The piece also reported that Manchin receives a text at the same time each morning from a staffer, letting him know what the current national debt is. That figure crossed $30 trillion last week.