Will the Fed’s War on Inflation Crater the Economy? 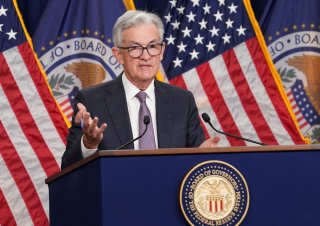 The Federal Reserve on Wednesday approved a third consecutive seventy-five-basis-point interest rate hike and suggested that it will keep raising rates well above the current level in an all-out effort to tame red-hot inflation that has reached a forty-year high.

However, according to a new Politico report, that aggressive stance on reversing high consumer prices could potentially lead the country into a recession.

During his post-meeting news conference on Wednesday, Fed Chairman Jerome Powell asserted that “the FOMC (Federal Open Market Committee) is strongly resolved to bring inflation down to 2 percent, and we will keep at it until the job is done.”

Powell then conceded that a hard landing, or a recession, is certainly possible, particularly if the central bank has to keep tightening aggressively. “No one knows whether this process will lead to a recession or, if so, how significant that recession will be,” he said.

As expected, there was growing pushback among some notable economists.

“Today the Fed decided to risk mass joblessness in its fight against inflation,” Janelle Jones, a former chief economist of President Joe Biden’s Labor Department who is now at the Service Employees International Union, wrote on Twitter.

“Raising interest rates, and pushing the economy toward a recession, will result in millions of workers being unemployed or taking pay cuts,” she continued.

Liz Ann Sonders, chief investment strategist at Charles Schwab, also expressed concerns. “There’s the old expression that sometimes they’ll tighten until something breaks. It’s a legitimate concern at this point,” she told Politico, adding that the best-case scenario for the U.S. economy is now a “rolling recession” in which various parts of the economy contract at different times but overall growth never actually shrinks.

“The Fed has now entered the ‘danger zone’ in terms of the rate shock they are throwing onto the U.S. economy,” Peter Boockvar, chief investment officer at Bleakley Financial Group, told CNN Business.

Mark Haefele, chief investment officer at UBS Global Wealth Management, told clients after the central bank’s announcement that “our view is that a Fed funds rate of 4 percent is about the highest that the economy would be able to withstand, and the Fed is clearly threatening to raise rates above that level.”

Meanwhile, other economists contend that some of the root causes of inflation lie outside the Fed’s control, such as the ongoing labor shortage and global supply chain hiccups. Signing off on more rate hikes would only hurt growth without leading to much relief on inflation.