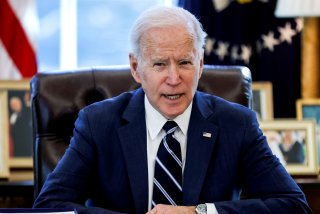 Education Secretary Miguel Cardona hinted on Monday that there could be a further extension on the current pause on federal student loan payments beyond September 30.

But Cardona also indicated, however, that student loan borrowers could also see payments resume in October.

When asked about the timeline of resuming federal student loan payments and interest accrual at an Education Writers Association event, Cardona said, “We’re looking at it. Obviously, we’re going to always take the lead from what the data is telling us and where we are as a country with regards to the recovery of the pandemic. It's not out of the question, but at this point, it’s September 30.”

At the onset of the coronavirus pandemic, Congress swiftly passed the Cares Act, the $2.2 trillion relief package, that provided a temporary pause for all government-held federal student loans, as well as any interest accrual. The pause was extended by former President Donald Trump, as he pushed the date back twice until the end of January 2021, and once President Joe Biden took the White House, he quickly extended the pause to Sept. 30, 2021.

These actions on suspending interest and federal student payments have saved borrowers $5 billion per month, according to the Education Department, and will save borrowers $25 billion if the extension expires at the end of September.

Cardona noted that the White House’s decision on extending the pause in payments and interest accrual will be largely data-driven, meaning that Biden will likely consider economic data and recovery data relating to the pandemic.

The secretary’s comments aren’t clear indicators over whether student loan borrowers should expect a longer pause in payment, but Cardona said the White House will accelerate communication efforts with borrowers prior to September 30 if the pause isn’t extended.

“We’re going to continue to communicate with borrowers if that goes any further. And we’re also going to create a ramp-up because we know that we can’t just turn on the switch and say, ‘okay,’” Cardona said. “We have to work with them to make sure that we ramp up the communication and the clarity so that it’s as smooth as possible. We know that that’s something we’re going to be focusing on as it gets closer.”

But advocacy groups have already sounded the alarm after Cardona’s remarks, arguing that millions of student loan borrowers may not be financially stable enough to resume repayment in October due to the economic impacts of the pandemic.

Meanwhile, Biden and the Education Department have been under massive pressure to cancel student loan debt from congressional Democrats and advocacy groups, as the president echoed the idea on his presidential campaign trail. So far, the White House has not implemented a widespread cancellation measure, though Biden has instructed Cardona to put together a memo on the president’s “legal authority” to cut student loan debt. The administration is reportedly still undergoing review.