Will Next Week’s Child Tax Credit Payment Be the Last? 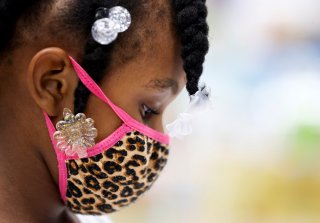 When the American Rescue Plan Act passed in March, one of its major provisions was the expanded child tax credit, which put into place direct payments for families with children, on the fifteenth of each month from July through December.

The December payment is due to arrive next week, on December 15. Will it be the last one? That depends on what action is taken by Congress.

The expanded child tax credit was written, in the American Rescue Plan Act, to only last for the year of 2020. Throughout negotiations this year, some Democrats sought to make the new payments permanent, while one proposal called for it to continue through 2025. Ultimately, in the version of the Build Back Better bill that passed the House of Representatives last month, the child tax credit was to be extended for one more year.

However, that bill is yet to pass the Senate, and it’s unclear, in the event that it does, that the expanded child tax credit will survive in anything like its current form. Sen. Joe Manchin (D-W.V.), whose vote is necessary if the bill is to pass, has expressed concerns about voting for a version of the bill in which the child tax credit does not include a work requirement.

According to a report from Insider this week, Democrats are pushing to pass the Build Back Better bill in the Senate before the year ends, so as to not interrupt the child tax credit payments. Experts quoted by Insider say that if the bill passes by the end of December, the IRS should be able to send out the January version of the payment without disruption.

The bill would pass under reconciliation rules, meaning it would not be subject to the filibuster and would only require fifty votes in the Senate. Vice President Kamala Harris, in such a scenario, would break the tie in the Senate.

While Sen. Charles Schumer (D-N.Y.), the Senate Majority Leader, has pushed to pass the bill by Christmas, although Manchin has not yet endorsed it. And while he hasn’t declared his opposition either, the West Virginia senator said this week that he is worried the bill would worsen inflation, according to Insider.

“I’m deeply concerned. It would be a tragedy if the child tax credit lapses,” Sen. Michael Bennet (D-Colo.) told Insider of the legislation. We should make sure that we don’t cancel this at the beginning of the new year, that will be a disaster.”

Researchers have shown that the passage of the child tax credit was successful in reducing the rates of child poverty and child hunger.