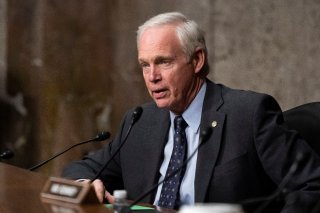 A common talking point for Democrats during the midterm elections is that if Republicans gain control of Congress, they will make changes to Social Security that make the program less secure. President Biden has said so himself.

This week, The New York Times looked at what the GOP might actually do on Social Security if they do indeed regain Congress next year.

Republicans, the Times said, “have embraced plans to reduce federal spending on Social Security and Medicare, including cutting benefits for some retirees and raising the retirement age for both safety net programs.”

The argument, per the piece, is that cuts are necessary to reign in spending.

The story specifically referenced Sen. Ron Johnson (R-WI), who has said more than once that he would like to subject Social Security to reauthorization on an annual basis, rather than funded by a formula, as it currently is.

This plan was assailed by former President Barack Obama during a recent campaign visit to Wisconsin.

Obama said that recipients “had long hours and sore backs and bad knees to get that Social Security,” and that “if Ron Johnson does not understand that — if he understands giving tax breaks for private planes more than he understands making sure that seniors who have worked all their lives are able to retire with dignity and respect — he’s not the person who’s thinking about you and knows you and sees you, and he should not be your senator from Wisconsin.”

In addition, per the Times, “several conservative Republicans vying to lead key economic committees in the House have suggested publicly that they would back efforts to change eligibility for the safety net programs.”

During his presidency, former President Donald Trump did not push for cuts to Social Security, and the issue was notably absent from his agenda while he was in office.