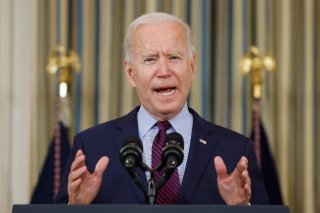 Amid persistent high-inflationary pressures, which are still sitting at well over 8 percent year-over-year, there is little doubt that millions of American seniors are struggling to make ends meet.

There, however, appears to be some much-needed help on the way, as the Senior Citizens League is now estimating that Social Security’s cost-of-living-adjustment (COLA) for next year may reach 9.6 percent, according to a new CNBC report. Such a hefty bump would amount to a $159 increase in the average monthly retirement benefit of $1,656.

“A high COLA will be eagerly anticipated to address an ongoing shortfall in benefits that Social Security beneficiaries are experiencing in 2022 as inflation runs higher than their [current year’s] 5.9% COLA,” Mary Johnson, Social Security and Medicare policy analyst at the Senior Citizens League told CBS News.

She added that current data indicate that the average monthly benefit is falling short by roughly $58 per month for the typical senior, as many have been pushed amid high inflation to rely more on government assistance programs.

“This suggests that the pandemic and inflation have caused significantly higher numbers of adults living on fixed incomes to turn to these programs to supplement their Social Security and Medicare benefits as prices have continued to climb,” Johnson continued.

The one caveat is that the senior group’s estimate is still preliminary. The annual COLA is calculated based on the Consumer Price Index for Urban Wage Earners and Clerical Workers, or CPI-W—a more general inflation measure than the headline Consumer Price Index for all Urban Consumers, or CPI-U. The CPI-W weighs clothing, food, and transportation costs more heavily than the CPI-U.

The Social Security Administration (SSA) is expected to set the 2023 COLA in October based on the previous three months of inflation data—meaning that the actual COLA increase could be somewhat different from the Senior Citizens League’s forecast. Johnson noted that she is anticipating that the SSA will announce the COLA on October 13, following the release of September’s inflation data.

“Inflation at forty-year highs and certainly watching their investments fluctuate is creating a significant amount of pessimism and concern and fear that they are never going to see a dime of what they have put into Social Security,” Tina Ambrozy, senior vice president of strategic customer solutions at Nationwide, told CNBC.

Ethen Kim Lieser is a Washington state-based Finance and Tech Editor who has held posts at Google, The Korea Herald, Lincoln Journal Star, AsianWeek, and Arirang TV. Follow or contact him on LinkedIn.​