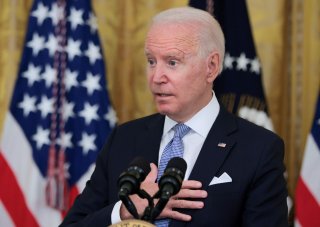 In another federal case brought against someone accused of Social Security fraud, an Indiana woman has been charged with chasing Social Security checks belonging to her late father, over a period of ten years.

According to Northwest Indiana Times, the thirty-nine-year-old woman was indicted and charged with defrauding the Social Security Administration (SSA) out of $192,659. The woman was “acting as representative payee for her father,” until he died in 2010. Then, she failed to inform the SSA of her father’s death, and even “repeatedly submitted forms to Social Security claiming her father was still alive.”

The woman faces up to twenty years in prison if she is convicted of the charges.

In a case similar to the one in Indiana, a fifty-two-year-old Nevada man pled guilty to a charge of theft of government property. The SSA had paid Social Security benefits to the man’s father until the father died in 2015, and while the man did report his father’s death, he continued to collect Social Security benefits through an account the men jointly controlled. The man, a Justice Department press release said, “Maintained control of the joint account and regularly withdrew and stole the post-death Social Security payments—totaling approximately $90,000—for his own use.”

In another case, in Boston, a forty-six-year-old man has been charged with Social Security Fraud and Aggravated Identity Theft, after authorities say he used another person’s information to apply for a driver’s license and passport. Also in Boston, there was a separate case this month, this time involving a Dominican national who has entered a guilty plea to charges that he stole another man’s identity and used it to apply for a driver’s license and ID cards, while also collecting federal health benefits under the other man’s name.

Earlier this year, a Maine woman pled guilty to the charge that she “concealed the presence of her husband in her household to maintain her eligibility to receive benefit payments,” while giving authorities the false impression that she was living alone at the time. This is in addition to an Illinois man who pled guilty to his part in a telemarketing scheme that involved falsely claiming to work for the SSA.

Meanwhile, ProPublica put out a report this week showing that there were massive amounts of fraud in state unemployment programs since the start of the pandemic. The report told of one person who used a single Social Security number to file for unemployment in forty states, to the tune of  $222,532.