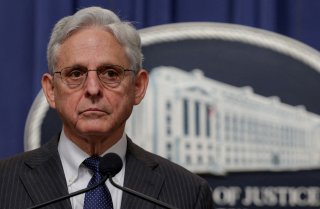 A particularly grisly crime made the news back in April when a woman was convicted of hiding the remains of her dead grandmother in a freezer in order to collect her Social Security benefits.

According to Fox 43, the woman was arrested in 2019 after property inspectors who were looking to purchase the woman’s former home to buy it from the bank discovered the grandmother’s remains. The grandmother was 97 at the time of her death.

A Philadelphia Inquirer account of the original arrest said that the woman had kept her grandmother’s corpse hidden for more than fifteen years. This included transporting the freezer that contained her dead body from one home to another at least once. She also used her grandmother’s Social Security income to pay the mortgage at her new home.

In April, the woman was convicted of a misdemeanor count of abuse of a corpse and felony counts of receiving stolen property and theft by deception.

On Friday, per the York Daily Record, she was sentenced to eleven and a half to twenty-three months in jail, plus two years of probation.

The woman’s attorney had argued that the woman should not have to pay restitution for the Social Security benefits, since restitution against a federal agency cannot be collected in state court. The prosecutor proposed that she should be ordered to pay restitution.

This is far from the only recent case in which someone has been arrested or convicted for hiding the body of a deceased relative in order to collect that person’s government benefits. Such people are typically charged locally with abuse or desecration of a corpse, as well as some financial crimes, although Social Security fraud is a federal rather than local crime.

In 2019, a Wisconsin woman was arrested for hiding her mother’s body in a tub in order to collect her Social Security benefits. She was charged with failure to report a death, resisting an officer, and hiding a corpse.

In 2020, a Florida woman was arrested for hiding the body of a man, with whom she had been living, in a neighbor’s trash can, also so that she could collect his Social Security benefits. She was charged with abuse of a corpse.

A similar case in New Hampshire in 2021 had a woman accused of hiding her dead mother’s body for several months and was caught after relatives expressed concern that they hadn't seen the deceased woman. She was also charged with abuse of a corpse.