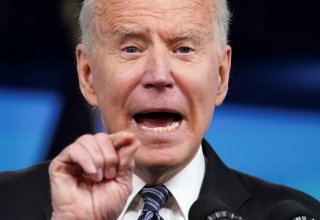 The coronavirus stimulus checks may be in their final weeks but it appears that the Internal Revenue Service has come through in a big way to financially assist millions of still-struggling Americans.

Be aware that there is little to worry about for those who have already filed their taxes, as the IRS has indicated that it will automatically adjust tax returns if individuals qualify for the unemployment refund.

According to the most recent release, “taxpayers will receive letters from the IRS, generally within thirty days of the adjustment, informing them of what kind of adjustment was made (such as refund, payment of IRS debt payment or payment offset for other authorized debts) and the amount of the adjustment.”

The IRS has stated that roughly ten million Americans likely overpaid on their unemployment taxes last year and could be set to receive refunds.

In recent weeks, millions of Americans have shown their frustrations over the slow rollout of the refunds—and adding to the confusion was that the IRS has provided few updates on the ongoing delays. Some individuals have even launched Twitter and other social media pages to keep tabs on when eligible taxpayers can expect to get their hands on the refund money.

Know that these new cash windfalls are from President Joe Biden’s $1.9 trillion American Rescue Plan, which was able to waive federal tax on up to $10,200 of unemployment benefits—or $20,400 for married couples filing jointly—that were collected by taxpayers last year.

Current estimates indicate that for single taxpayers who are eligible for the $10,200 tax break and fit into the 22 percent tax bracket, they could potentially take home a sizeable sum of $2,200. That amount would double for eligible married couples.