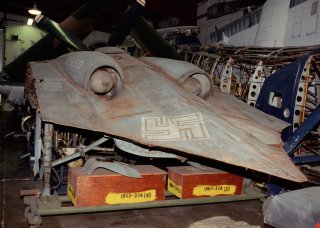 Here’s What You Need to Remember: The Ho 229 might have been a formidable adversary over the skies of World War II, but in truth the plane was far from ready for mass production by the war’s end. While it seems a stretch to claim that the Ho 229 was intended to be a stealth aircraft, there’s little doubt that it pioneered design features that continue to see use in low-observable aircraft today.