‘I See You’: U.S. Submarines Might Not Be Invisible for Long 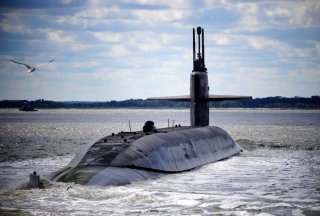 Here's What You Need To Remember: The navy is already staring a shortfall of attack boats in the face even without undertaking a major redesign of the submarine fleet. Technological transformation, in short, could outpace shipbuilding programs predicated on longstanding assumptions about combat in the depths. Change could be swift, while a reengineering a fleet is a glacial process unless something really, really bad transpires to compel the leadership to act swiftly and decisively.