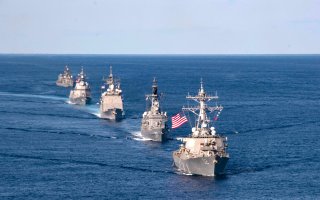 Here's What You Need to Remember: In short, China could win even if it remains weaker than America in the aggregate. The PLA could narrow or reverse the balance of forces in the theater—overpowering the U.S. contingent at the place and time that truly matter. It could dishearten Washington. U.S. leaders might despair of sustaining the undertaking indefinitely. Or, China could outlast America—inflicting numerous tactical losses over a long time, and thus driving the price tag of preserving freedom of the seas higher than U.S. leaders are willing to pay.