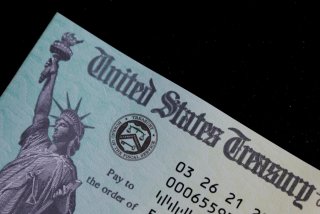 Here's What You Need to Remember: “After the last round of stimulus payments, there are already states and cities with huge sums of money ready to be turned into valuable benefits for their constituents. It would also help plug severe budgetary gaps at the state and local level, gaps that led to cuts in public services when many people needed them most.”

In addition to the better-known provisions in the American Rescue Plan, such as $1,400 stimulus checks and the extended child tax credit, the legislation also apportioned billions of dollars for local governments, many of which have been struggling with exactly what they’re supposed to do with the money.

The Rescue Plan allocated $350 billion to “states, municipalities, counties, tribes, and territories to help repair their coronavirus-damaged budgets and economies.” Many of those states and cities, after all, suffered from major revenue shortfalls in the early parts of the pandemic, as unemployment numbers surged, and people consumed more government services. The figure of $350 billion was three times the amount of what was allocated for local governments in the CARES Act a year earlier.

US News recently looked at the pros and cons of the stimulus money going out to cities and states. The article was written by Jonathan McDonald, from TransUnion’s public sector business. McDonald concluded that while getting people the money is important, state and local government must be careful that fraud is not taking place.

“Clearly, there's an enormous benefit to the American people with increased stimulus aid at the state and local levels,” the U.S. News article said. “After the last round of stimulus payments, there are already states and cities with huge sums of money ready to be turned into valuable benefits for their constituents. It would also help plug severe budgetary gaps at the state and local level, gaps that led to cuts in public services when many people needed them most.”

There is a downside, however, per the argument- including increasing worries about fraud affecting the process, including from cyberattacks and phishing emails.

“Taken together, these two factors mean government agencies should exercise extra caution when dealing with stimulus aid. Fraud isn't limited to hackers, though,” the article said. “People without the technical acumen to commit online fraud are still capable of fraudulently filing for benefits, and states often use only local data to verify identities, with many not considering or assessing the risk associated with the device from which the person is trying to access a benefit. Without a national, coordinated approach to identity verification, it's relatively simple for an individual to file for benefits from multiple states.”

The argument boils down to the need to get people and institutions the money they need must be balanced by governments doing all they can to root out fraud at the state and local government level.

“Having improved verification systems can help keep money out of fraudsters' hands. And, in turn, such systems can help get money securely into the hands of the Americans who need it the most.”