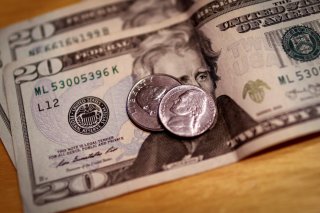 Here's What You Need to Remember: "The legislation, signed on March 11, allows taxpayers who earned less than $150,000 in modified adjusted gross income to exclude unemployment compensation up to $20,400 if married filing jointly and $10,200 for all other eligible taxpayers. The legislation excludes only 2020 unemployment benefits from taxes.”

The American Rescue Plan that passed in March not only enabled $1,400 stimulus checks, an expanded child tax credit, and numerous other benefits. It also put into place tax refunds on up to $10,200 of unemployment compensation. Per CNBC, those refunds will begin rolling out in May, with payments continuing into the summer.

The refunds, the report said, will go out in two phases.

“To help taxpayers, the Internal Revenue Service announced today that it will take steps to automatically refund money this spring and summer to people who filed their tax return reporting unemployment compensation before the recent changes made by the American Rescue Plan,” the IRS announced in March.

"The legislation, signed on March 11, allows taxpayers who earned less than $150,000 in modified adjusted gross income to exclude unemployment compensation up to $20,400 if married filing jointly and $10,200 for all other eligible taxpayers. The legislation excludes only 2020 unemployment benefits from taxes.”

The IRS noted that the change happened after some people had begun filing their taxes.

The tax filing deadline was originally the traditional date of April 15, but following a push from Congress, it was pushed back to May 17, after the date had been delayed in 2020 as well, due to the pandemic.

In April, the IRS said that it was holding up to 29 million tax refunds.

“Over the years, the IRS has gotten quite good at processing tax returns and issuing refunds quickly and efficiently. The IRS website says that normal It’s processing time for an electronically filed return is 21 days, but in reality, millions of taxpayers receive their refunds even quicker — sometimes within a week, sometimes in days,” that blog post from the he National Taxpayer Advocate said.

The IRS also described this year’s refund process as “challenging at best,” due to all of the extra work the IRS is on doing on stimulus, and changing rules as a result of the American Rescue Plan and the Consolidated Appropriations Act that passed in 2020.

Stephen Silver, a technology writer for The National Interest, is a journalist, essayist and film critic, who is also a contributor to The Philadelphia Inquirer, Philly Voice, Philadelphia Weekly, the Jewish Telegraphic Agency, Living Life Fearless, Backstage magazine, Broad Street Review and Splice Today. The co-founder of the Philadelphia Film Critics Circle, Stephen lives in suburban Philadelphia with his wife and two sons. Follow him on Twitter at @StephenSilver. This article first appeared earlier this week.