A-12 Redux? The New B-21 Bomber May Have Air-to-Air Capabilities 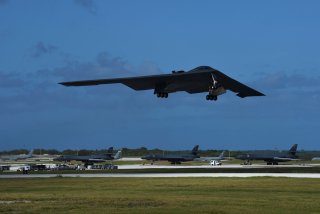 Here's What You Need to Remember: If the B-21 does fly in 2021 as planned, and ends up including the air-to-air capabilities that have been proposed, it could finally fulfill the A-12’s multi-role promise from nearly 30 years ago.

David Axe serves as Defense Editor of the National Interest. He is the author of the graphic novels War Fix, War Is Boring and Machete Squad. This first appeared in September 2019 and is being reposted due to reader interest.