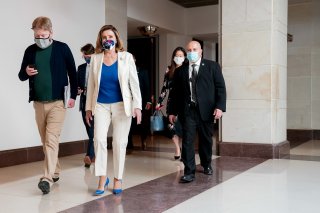 Late Monday, House Democrats released an updated version of the “Heroes Act,” the massive $3.4 trillion coronavirus relief bill that passed the House mostly along partisan lines in May but has languished since then. The new 2154-page legislative text is billed as a slimmed down version of the prior bill, and Capitol Hill sources suggest the new legislation could be considered on the House floor as soon as today.

Meanwhile, as the table below also displays, the legislation adds a new $125-per-week federal benefit for individuals with at least $5,000 in prior self-employment earnings, on top of the revived $600 per week federal bonus and other unemployment benefits. As under the May version of the legislation, the $600 bonus would be extended through January 2021 with a phase-out through March 2021 — except its revival would begin after September 5, when the intervening $300 per week federal Lost Wages Assistance program ceased supplementing other unemployment benefits.

Comparison of Unemployment Benefit Policies in Heroes Act I and II

This article first appeared on the AEIdeas blog, a publication of the American Enterprise Institute.