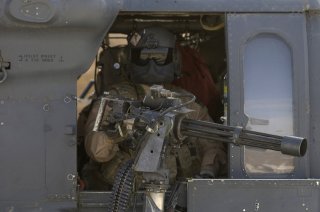 Here's What You Need To Remember: The gun's strength - its small size and low weight - was also its weakness: it was chambered to fire 5.56mm ammunition, which no one wanted to use (even at 10,000 rounds per minute).