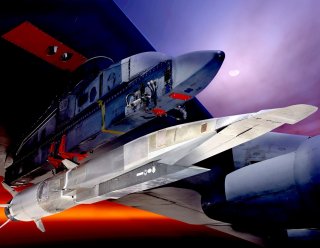 Key Point: It is interesting to see over the years which weapons worked and which didn't. This list is not exhaustive, but it does cover some of the most notable examples.

History is filled with examples of pieces of military equipment that performed miracles on the battlefield--and others that cost many military professionals their lives.

Indeed, wars can be shaped by the 'kit' that you bring to the fight. In fact, not only having better arms but men and women properly trained to win the battle of the day with such weapons is critical--as you may even be able to deter your opponent from wanting to take the field against you.

When we consider the 20th and 21st century and modern military technology, submarines, bombers and fighter aircraft are the critical platforms any modern nation needs to win a conflict. Having decencies in any of these three areas could be a big problem--especially in today's fast-paced threat environment.

So what were the best submarines? The best bombers? Or the worst fighters? And what lessons can be drawn from them? To answer such questions, we have combined some of the past work of Robert Farley into one post for your reading pleasure. Let the debate begin.