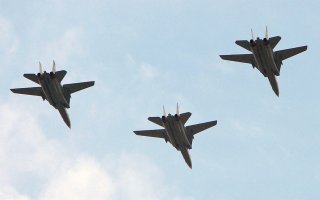 Here's What You Need to Know: The F-14 was not to be trifled with.