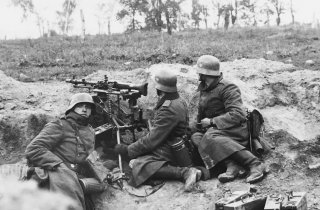 Here's What You Need To Remember: The design was fundamentally an excellent one. The gun offered both rapid-fire and selective-fire modes, and its quick rate of fire gave it the nickname, "Hitler's Buzzsaw."