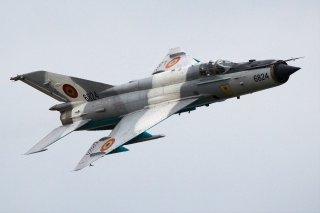 Here's What You Need to Remember: Israel decided that the Soviets needed to be taught a lesson. That lesson would be carefully prepared and delivered. With Russian-speaking Israeli radio operators monitoring Soviet communications, the IAF had a pretty good idea of the force they faced.

As America, Russia, and Israel today face-off in Syria, the story forty-eight years ago sounds ominously familiar. A Soviet client state—Egypt at the time—was in trouble. Humiliated by crushing defeat in the 1967 Six-Day War, Egypt's president Gamal Abdel Nasser chose to confront Israel without risking defeat in open battle: the War of Attrition of 1967–70 would see constant Egyptian artillery barrages and commando raids on Israeli positions along the Suez Canal.