1918: When the Feds Controlled the Conversation on a Pandemic 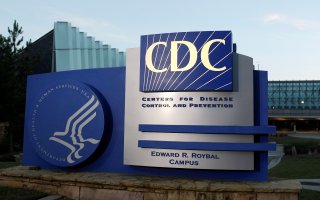 Over the course of the COVID-19 pandemic, the model of a marketplace of ideas in which strong arguments drive out the weak has sometimes taken a beating. Erroneous theories of the virus and how it spreads, bogus data interpretations, and ineffective therapeutic ideas have spread faster than sober correction could keep up. Although the federal government was itself the source of no small amount of misinformation and confusion — most notably, though not solely, in former President Trump’s rambling White House briefings on the virus — some progressive thinkers remain convinced that the most serious way to fight a pandemic is for Washington, D.C. to lay down a central messaging line based on the thinking of authentic experts. With that line set down, so the theory goes, the other institutions of civil society, from the media to professional groups to local officialdom, should fall in line and reinforce that messaging. (Today, members of the House Energy and Commerce Committee pressured Facebook, Google, and Twitter to do more to take down misinformation about Covid vaccines.)

Trouble is, when governments have achieved serious control over conversation about pandemics in the past, they’ve been known to make things much worse. Front and center is America’s experience during the lethal flu pandemic of 1918, which occurred during the wartime presidency of Woodrow Wilson. John M. Barry, author of the magisterial The Great Influenza (as well as a religious studies scholar who has spoken on Cato programs) tells the story in a 2009 Nature piece:

The U.S. government used the same strategy for communicating about the disease that it had developed to disseminate war news. The essence of that strategy was described by its main architect, writer Arthur Bullard: “Truth and falsehood are arbitrary terms … There is nothing in experience to tell us one is always preferable to the other … The force of an idea lies in its inspirational value. It matters very little if is true or false.” Fellow adviser Walter Lippmann, another architect of this strategy, sent President Woodrow Wilson a memo saying that most citizens were “mentally children” and advising that “self‐​determination” had to be subordinated to “order” and “prosperity”. In 1917, the day after receiving Lippmann’s memo, Wilson issued an executive order to control all government communication strategy during the war that was premised on keeping up morale.

As a result, when the full‐​blown and lethal pandemic wave arrived in the United States in September 1918, Wilson never made a single statement about it, and lesser public figures provided only reassurance. US surgeon general Rupert Blue declared: “There is no cause for alarm if proper precautions are observed.” Local health officials echoed this message. Chicago’s director of public health, for instance, decided not to “interfere with the morale of the community”, explaining: “It is our job to keep people from fear. Worry kills more than the disease.”…

Unfortunately, Philadelphia’s communication strategy [of inappropriate reassurance] was the rule, not the exception. Local officials and newspapers across the country were either deceptive or said nothing.

And note well one consequence: rather than quieting the rumor mill and the popular spread of false ideas about the virus, the tight control of information did the reverse:

Lies and silence cost authority figures credibility and trust. With no public official to believe in, people believed rumors and their most horrific imaginings. …Under that pressure, society first drifted, then threatened to fall apart.

Yes, it’s messy and frustrating to have a so‐​called cacophony of voices, many of them flatly wrong, sounding at once. But it’s more dangerous to leave things to a single official voice.