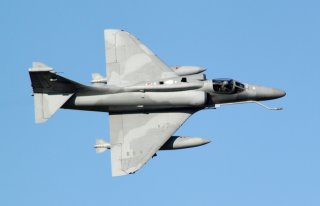 Here's What You Need To Remember: Only five prototypes were built. One did see combat—it flew in support of military rebels who overthrew Perón in 1955. In the end, Argentina ended up with British Meteors in the 1940s and bargain-priced American F-86 Sabres in the 1950s.

Argentina Was Almost the First Country to Develop a Small, Supersonic Cruise Missile (Way Back in 1960)