In 1971, India Proved to Pakistan That Its MiG-21 Fighters are Killers 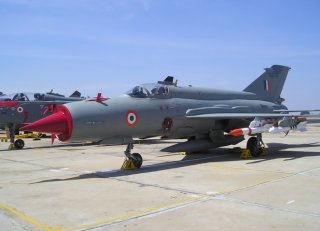 Here's What You Need To Remember: After the 1971 war, the MiG-21 would continue to serve in the IAF, although it did not see much further air combat. In 1999 an IAF MiG-21Bis shot down a Pakistani Navy Anti-Submarine Warfare aircraft, creating a minor incident.

Charlie Gao studied political and computer science at Grinnell College and is a frequent commentator on defense and national-security issues. This article first appeared two years ago.