In 1984, a Russian Submarine Collided with a U.S. Aircraft Carrier 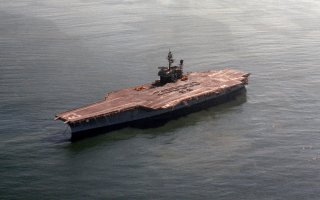 Here's What You Need to Know: The 1984 incident wasn't the only serious collision involving a submarine during the Cold War.