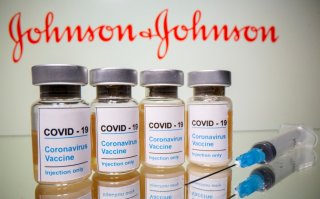 Thanks to the efforts of scientists, healthcare workers and trial participants around the world, a number of COVID-19 vaccines have now been authorised for general use. But while millions have been given a jab, billions still need to be vaccinated. We need to produce as many doses as we can.

So, it’s good news that two additional vaccines are on the horizon. Vaccine developers Novavax and Johnson & Johnson recently released data from the phase 3 clinical trials of their jabs, which will hopefully join the list of those approved later this year.

Both of these vaccines share some similarities with those already being delivered, but they also have some notable differences. Here, let’s take a look at how they work and how effective they could be.

The Johnson & Johnson vaccine is being tested in 44,000 people across the US, Brazil and South Africa. Preliminary data suggests the amount by which it reduces the risk of moderate to severe COVID-19 (its efficacy) is 66%, four weeks after vaccination.

This figure might suggest that the vaccine isn’t as good as the Pfizer/BioNtech and Moderna jabs, which in trials reduced the risk of developing symptomatic COVID-19 by over 90%. However, its phase 3 trial started in November 2020, meaning the vaccine came up against some of the new, tougher variants of the coronavirus during testing. Indeed, its efficacy against B1351, the variant first found in South Africa, was only 57% – but some the authorised vaccines are less effective against this variant too.

One-third of trial participants were over 60, and the vaccine seems to work just as well in them as in younger people. This is good news, given the recent questions over how effective the Oxford/AstraZeneca vaccine is in older people.

But perhaps the most important point is that none of those given the Johnson & Johnson vaccine died or were admitted to hospital with COVID-19. The results also show the vaccine reduced the risk severe of disease by 85%.

The vaccine’s design is similar to the Oxford/AstraZeneca one. It focuses on a particular part of the coronavirus that we think triggers a protective immune response – the spike protein, which sticks up on the virus’s surface. The genetic code for just the coronavirus’s spike protein has been put into a harmless strain of another virus – an adenovirus, called Ad26 – which has been altered so it can’t cause disease. It can, though, still get inside our cells. When it does, the cell reads the genetic code for the spike protein and produces lots of copies of the protein. The immune system then mounts a response to these.

In the trials, researchers found that people assessed 28 days after receiving one dose showed a strong immune response. So, Johnson & Johnson is seeking approval for a single-dose regime (all of the vaccines authorised so far require two doses). However, they are continuing with tests to see whether giving two doses makes a difference.

It would be great if one dose was enough: more people could be given the vaccine sooner. The UK has ordered 30 million doses, which using a one-dose regime would cover half the country’s adults.

The Novavax COVID-19 vaccine is a little bit different. It still uses the idea of taking the genetic code for the spike protein and putting it into another virus, but in this case the “carrier” virus is one that infects insects, a baculovirus. It’s used to infect moth cells, which go on to produce copies of the spike protein. These are then harvested and purified into a vaccine to give to people. So instead of our bodies making copies of the spike protein to stimulate the immune system, with this vaccine the proteins arrive ready-made.

This method may sound a bit weird, but it’s a very standard way of making proteins for experiments in biology. It’s been around for over 30 years.

The phase 3 trial of Novavax’s vaccine involved 15,000 people and was run in the UK. Preliminary analysis shows that 62 participants developed symptomatic COVID-19: 56 in the placebo group and just six in the vaccine group. This makes the estimated efficacy 89%.

Some of the 56 patients in the placebo group were found to have the more infectious B117 variant of the virus that arose in the UK. This shows that volunteers were exposed to this variant and suggests that the vaccine will protect against it. Meanwhile, in a separate trial in South Africa, the vaccine was shown to reduce the risk of symptomatic disease by 60%. This suggests it will be relatively effective against the problematic B1351 strain too.

If authorised, the vaccine will be manufactured in the UK. Currently, Britain has 60 million doses on order, which again is enough to vaccinate half the adults in the country.

It’s important to remember that for both vaccines, the figures quoted are from the first detailed look at the trial results. More calculations are still to be done and everything has to be reviewed by other scientists (peer review), so the final numbers may change.

We also don’t know yet if these vaccines will limit viral transmission or just limit people from developing disease, nor how long their effects will last. But in a way, it doesn’t matter. Really, we need vaccines to help get the pandemic under control in the short term, and the more options we have, the faster we can move towards this.

Some vaccines will probably be chosen by some countries because they work better in particular age groups or against certain strains, or because they are easier to transport. These two can be stored in a normal fridge so, unlike some COVID-19 vaccines, they could be easily used anywhere in the world.