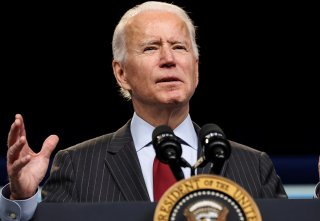 Here's What You Need To Remember: This statistic may seem difficult to believe, considering persistent high unemployment rates in blue-collar sectors and the continued devastation of many parts of the country. But it is true – and the reason it is true is because the wealthiest Americans experienced an incredible windfall during the pandemic

When it arrived in the United States last March, the COVID-19 pandemic brought with it a crippling economic crisis. Schools and universities were closed, millions of workers were furloughed or laid off, and, in spite of government assistance, thousands of businesses were shut down. It is hard to argue that America is now better off because of the events of 2020.

In spite of this, however, the broader trend – although complicated – is actually a positive one. According to an ING report, data from the Federal Reserve for the first quarter of 2021 indicated that total U.S. household wealth had increased from $134.3 trillion in Q4 2019 to $154.2 trillion in Q1 2021. This means that, from January 1, 2020 until now, the total wealth of U.S. households increased by almost $20 trillion. (Interestingly, wealth dropped by $7 trillion during the first quarter of 2020, but quickly rebounded due to stimulus payments and other government assistance.)

This statistic may seem difficult to believe, considering persistent high unemployment rates in blue-collar sectors and the continued devastation of many parts of the country. But it is true – and the reason it is true is because the wealthiest Americans experienced an incredible windfall during the pandemic. According to Forbes, the richest 650 Americans – nearly all of whom were billionaires – saw their collective wealth increase by more than $1 trillion over the past year, to roughly $4 billion. Rich Americans’ wealth increases can be largely be attributed to the gains from the stock market, which remained persistently high from the middle of 2020 until the beginning of 2021 owing to government stimulus measures and economic policy. For the same reasons, life insurance and pension funds also excelled.

However, it was not only the rich who gained from the pandemic. The ING report also found that low-income families had made significant gains, largely due to the positive effects of the stimulus payments and other payments launched by the Trump and Biden administrations. The Biden administration has continued many benefits that originated during the Trump era, including federal unemployment insurance of up to $300 per week, although this program is set to expire in August and has been criticized for (supposedly) preventing Americans from working.

Despite the positive effects of the pandemic for some, there is no question that it has seriously hurt others. The disruptions to employment that the pandemic created have been temporarily offset by Keynesian economics, but many of the problems the pandemic created, such as unemployment, have yet to be sustainably addressed; once the stimulus checks are spent, and the unemployment benefits end, many Americans will likely be in worse positions than they were before the pandemic.

On the other hand, though, as more Americans are vaccinated and life returns to normal, an increase in spending is likely, as is a partial or full recovery of the economy. It may be that the only price the United States will pay for the pandemic, aside from the hundreds of thousands of lives lost, will be the deficits created by government measures combating it.