In 2010, a Sudden Crisis Could Have Destroyed the Korean Peninsula 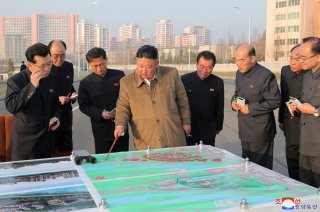 Here's What You Need to Know: The relatively long period indicates Pyongyang is not particularly interested in stirring the pot and instigating a military crisis while it continues to improve its nuclear weapons and missile programs. While we may not see further attacks in the immediate future, it may only be because the North is hard at work at other, far more lethal military options.