In 2021, Texas Became the Epicenter of Stimulus Check Scams 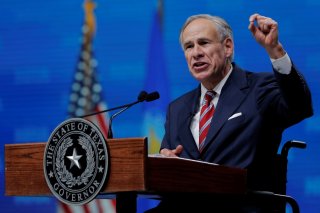 Here's What You Need to Remember: The most popular scams attempt to steal the checks by telling victims they must verify their information to receive a stimulus check. Scammers also request the victim`s bank info to directly deposit the funds that day.

With stimulus checks coming out from the government since last year, an unfortunate side effect has been a surge in attempts by scammers to steal those checks. And one way they’ve been doing so is through robocalls.

A call protection app called Hiya recently put out a survey listing which parts of the country suffer the most robocalls scams. Per the Houston TV station CW39, which cited Hiya, such robocalls specifically related to stimulus checks, have reached an all-time high of 1.1 million in the month of June.

The report said that of the calls in June, Texas had the most, with 13 percent, followed by California (9 percent), Florida (6 percent), Louisiana (4 percent) and Illinois (3 percent.)

In terms of specific areas, San Antonio had the most scam calls, followed by Dallas, Ft. Worth, Peoria, Arizona, Springfield, Missouri, Atlanta, and Oklahoma City.

“The most popular scams attempt to steal the [checks] by telling victims they must verify their information to receive a stimulus check. Scammers also request the victim`s bank info to directly deposit the funds that day. Other common tactics include fake companies or government agencies offering loan forgiveness or loan advances if the individual forfeits their stimulus check and fake government agencies claiming an individual’s SSN is no longer active/valid,” the TV station report said.

The data came from Hiya’s “State of the Call” report.

“Scammers and hackers target everyone, making voice security essential for businesses, consumers, and carriers across the globe,” the report from Hiya said.

“The unprecedented events of the past year 12 months mean the voice call has become an essential connection point for both businesses and the general public. At the same time, this crucial channel is being hijacked by hackers and scammers, exploiting our need to feel connected and informed. Everyone is negatively impacted by this surge of scam calls and it is time for wireless carriers, regulators, and businesses to tackle this issue before it escalates further,” Alex Algard, Hiya’s CEO, also said in the report.

It’s worth pointing out that Hiya is a call protection app, and has a vested interest in encouraging the perception of scam calls being a major problem.

A report from Axios earlier this month stated that as much as half of the recent unemployment money handed out by states may have been stolen, with much of that money now in the hands of international crime syndicates. However, questions have been raised about the sourcing of those figures, which seems to have come entirely from two companies in the business of selling fraud prevention services to businesses and governments.