By 2050, China's Military Could Be Unstopable 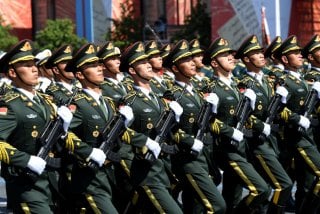 Here's What You Need To Remember: China’s theft of major technologies is one key tenet of the PLA’s plan. In addition, Beijing’s armed forces are “[d]eveloping the capabilities and concepts to conduct ‘systems destruction warfare’ —the crippling of the U.S. battle network’s command, control, communication and intelligence systems.”