27 Percent of California's Unemployment Pay Outs May Be Fraudulent 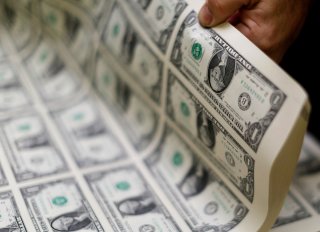 A senior California official overseeing the state’s Employment Development Department (EDD), which administers unemployment benefits, admitted yesterday that potentially 27 percent of benefits paid in the state since the coronavirus crisis began have been fraudulent:

In an EDD conference call, Julie Su, secretary for the California Labor and Workforce Development Agency said, “Of the 114 billion dollars in unemployment paid by California since March, approximately 10% has been confirmed as fraudulent. An additional 17% of the paid claims have been identified as potentially fraudulent.”

According to officials quoted in the Los Angeles Times, “a large number” of the claims identified as potentially fraudulent “could end up being fraudulent as well.”

As former Secretary of Labor Eugene Scalia noted in an AEI event in December, “Abuse of the unemployment program is not new; historically, about 10 percent of UI payments are what we call improper payments.” That share of improper payments would explain the $11 billion in confirmed misspending, given California’s paying out $114 billion in total benefits since the pandemic began. That $11 billion in confirmed fraud is already double total unemployment spending of $5 billion in California in 2019. If total fraud in California reaches $31 billion, that would exceed all unemployment benefit spending across the US in 2019. Since most unemployment benefits are currently supported by federal funds, most of the losses due to fraud involve misspent federal, not state, funds.

While all states have faced unprecedented demand for unemployment benefits in 2020, state and federal officials made key policy decisions since the crisis started that opened the temporary federal Pandemic Unemployment Assistance (PUA) program in particular to fraud. For example, federal lawmakers designed PUA to allow recipients to self-certify their eligibility and didn’t even require proof of prior employment for individuals to continue collecting benefits. California officials chose not to match their unemployment benefit rolls against inmate rosters in other states, as most other states had done, inviting further fraud. The Inspector General of the US Department of Labor has issued repeated warnings to states about the program’s vulnerability to abuse.

California’s US senators and House Speaker Nancy Pelosi (D-CA) have now asked President Biden to create a federal task force “to help coordinate and support states in identifying, preventing, and combatting unemployment benefit fraud by international and interstate criminal organizations.” And in a December law extending federal unemployment benefits for three months, Congress added new provisions expecting more PUA recipients to submit evidence of past employment and requiring states to have procedures for verifying the identity of claimants. But those efforts are already far too late to head off what already ranks as one of the greatest rip-offs in government benefits fraud history.