3 Keys to Understanding the Proposal to Audit the Presidential Election 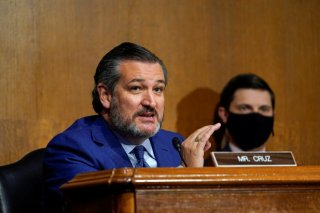 In a move that isn’t without precedent, 11 Senate Republicans are pushing for a special panel to investigate questions of fraud arising from the presidential election.

Some conservatives oppose such objections to the election outcome, in which former Vice President Joe Biden, the Democratic nominee, claimed an Electoral College victory of 306 votes to the 232 garnered by President Donald Trump, the Republican nominee.

Other Republican lawmakers who are Trump’s allies haven’t indicated how they will vote when a joint session of Congress convenes Wednesday to certify the Electoral College totals.

With objections from members of both the House and Senate, the two chambers are required by law to adjourn the joint session and separately debate the objections. Lawmakers potentially could present new evidence of fraud.

Sen. Ted Cruz, R-Texas, and the 10 other GOP senators are asking for an audit of election results to be completed by an Electoral Commission in 10 days—which would be Jan. 16, four days before Inauguration Day. If Congress doesn’t agree to an audit, the senators say, they will vote against certifying the election.

“We are acting not to thwart the democratic process, but rather to protect it,” Cruz and the 10 other senators said in a joint statement released Saturday. “And every one of us should act together to ensure that the election was lawfully conducted under the Constitution and to do everything we can to restore faith in our Democracy.”

Sen. Kelly Loeffler, R-Ga., announced Monday night that she too would object to certifying the Electoral College vote as it stands.

“I will vote to give President Trump and the American people the fair hearing they deserve and support the objection of the Electoral College certification process,” Loeffler said in a formal statement.

Questions of voter fraud, as well as evidence of illegitimate procedures, occurred in Arizona, Georgia, Michigan, Nevada, Pennsylvania, and Wisconsin.

More than one-third of Americans, or 39%, say they believe the “election was rigged,” according to a Reuters/Ipsos poll. Broken down by party, that’s two-thirds of Republicans surveyed, 17% of Democrats, and almost a third of independent voters.

Rep. Mo Brooks, R-Ala., is leading a group of House Republicans who intend to object to certifying the Electoral College outcome, in which a total of 270 votes is needed to win the presidency.

About 140 House Republicans are expected to vote against certifying the results in six contested states for Biden.

Sen. Josh Hawley, R-Mo., announced last week that he would sign on to objections from House members. His move guarantees, under the Electoral Count Act of 1887, that the House and Senate will have to debate the objection separately  for two hours, where members intend to present evidence.

Here are three key points to understand about the proposed audit by an Electoral Commission going into Wednesday’s joint session.

1. Could an Electoral Commission Overturn the Results?

Whether such a commission would turn the tide in favor of Trump is a big question that isn’t answered by the Republicans asking for the panel.

The joint statement from the 11 GOP senators says:“Congress should immediately appoint an Electoral Commission, with full investigatory and fact-finding authority, to conduct an emergency 10-day audit of the election returns in the disputed states.”

In the long-shot chance that Congress votes to establish the commission, the earliest it could wrap up a 10-day audit would be just four days before the Jan. 20 inauguration.

Under their proposal, the findings of the commission would go back to the states, the senators said:

Once completed, individual states would evaluate the Commission’s findings and could convene a special legislative session to certify a change in their vote, if needed. Accordingly, we intend to vote on January 6 to reject the electors from disputed states as not ‘regularly given’ and ‘lawfully certified’ (the statutory requisite), unless and until that emergency 10-day audit is completed.

The Trump legal team and Trump allies have lost several court cases, but many of those losses were on procedural grounds or about standing.

Sen. Lindsey Graham, R-S.C., usually a Trump ally, tweeted that empaneling an Electoral Commission at this late date could not result in an adequate determination. Graham also said the bar would have to be high for lawmakers to vote against certifying the election.

2. Is This Uncharted Territory?

As with so many events politicians and pundits call “unprecedented,” there is precedent all around.

In 1969 and 2005, objections from House and Senate members forced both chambers to debate separately how the Electoral College votes were awarded.

The 1969 debate was over a technical matter regarding a faithless elector in the 1968 presidential election; the 2005 debate, over Ohio’s electoral votes, had the potential to reverse the results of the 2004 election.

With regard to the Electoral Commission that Cruz and the other GOP senators seek, the one and only precedent occurred in 1877. It was in the aftermath of the disputed 1876 election between Republican Rutherford B. Hayes and Democrat Samuel Tilden.

The joint statement from the senators asks that Congress stick with this precedent:

The most direct precedent on this question arose in 1877, following serious allegations of fraud and illegal conduct in the Hayes-Tilden presidential race. Specifically, the elections in three states—Florida, Louisiana, and South Carolina—were alleged to have been conducted illegally.

In 1877, Congress did not ignore those allegations, nor did the media simply dismiss those raising them as radicals trying to undermine democracy. Instead, Congress appointed an Electoral Commission—consisting of five Senators, five House Members, and five Supreme Court Justices—to consider and resolve the disputed returns.

The 11 senators’ statement doesn’t specify whether they are seeking the same makeup for an Electoral Commission, with members from Congress and the Supreme Court, but that seems unlikely at this juncture.

Congress created the original Electoral Commission, in legislation signed into law by outgoing President Ulysses S. Grant, in late January 1887. In those days, the president wasn’t inaugurated until March 4. That left significantly longer to make a determination.

The commission voted 8-7 along party lines in favor of Hayes for each of the contested states, and sent their recommendation to Congress to certify the results.

Although technically an alternative slate of Trump electors met and voted Dec. 14, this is quite different from the 1876 election, noted Tara Ross, a constitutional lawyer and author of the book “The Indispensable Electoral College: How the Founders’ Plan Saves Our Country From Mob Rule.”

“In 1876, there were two slates of electors recognized by state officials and both had claim under the color of law,” Ross told The Daily Signal. “In 2020, the GOP electors met on their own. They can’t claim to be certified by the state. So, Congress would have no grounds in accepting those electors.”

3. What’s the Likelihood of an Audit Being Done?

Even proponents concede that an Electoral Commission to investigate the 2020 election is not likely to happen.

“We are not naïve. We fully expect most if not all Democrats, and perhaps more than a few Republicans, to vote otherwise,” Cruz and the other senators said in their joint statement. “But support of election integrity should not be a partisan issue.”

“A fair and credible audit—conducted expeditiously and completed well before January 20—would dramatically improve Americans’ faith in our electoral process and would significantly enhance the legitimacy of whoever becomes our next President. We owe that to the People.”

A mix of conservative and centrist Republicans are joining Democrats in objecting to objections in general.

They include seven House Republicans led by Rep. Chip Roy, R-Texas, who released a joint statement Sunday critical of election procedures but expressing concern about the precedent of Congress doing the deciding.

“We, like most Americans, are outraged at the significant abuses in our election system resulting from the reckless adoption of mail-in ballots and the lack of safeguards maintained to guarantee that only legitimate votes are cast and counted,” the seven House Republicans said. “… Congress has one job here: to count electoral votes that have in fact been cast by any state, as designated by those authorized to do so under state law.”

The elections held in at least six battleground states raise profound questions, and it is a legal, constitutional, and moral imperative that they be answered.

But only the states have authority to appoint electors, in accordance with state law. Congress has only a narrow role in the presidential election process. Its job is to count the electors submitted by the states, not to determine which electors the states should have sent.

The text of the United States Constitution, and the Twelfth Amendment in particular, is clear. With respect to presidential elections, there is no authority for Congress to make value judgments in the abstract regarding any state’s election laws or the manner in which they have been implemented.