The 30-Year Reign of the M203 Grenade Launcher 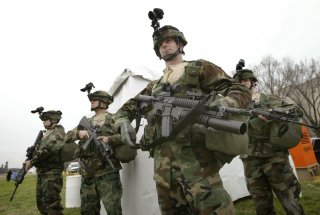 Here’s What You Need to Remember: One of the most powerful weapons available to U.S. Army and Marine Corps infantry is a grenade launcher designed to fit underneath the M16 rifle.

The Department of Defense wanted to know why soldiers could not have a weapon system capable of both aimed and area fire? The M79 had a short and stubby barrel, and perhaps there was some way to mount a grenade launcher under the new M16 rifle, specifically in front of the magazine well and parallel to the rifle barrel. A weapon that used existing M79 rounds and attached to the M16 would be ideal.