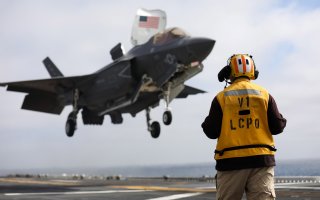 Here's What You Need to Know: The F-35 continues to attract high praise.

Hundreds of U.S. pilots currently have been trained to fly Lockheed Martin’s F-35A Lightning II. A few years back, the Heritage Foundation interviewed 31 of these former F-15C, F-15E, F-16C, and A-10 pilots.  Each expressed a high degree of confidence in the F-35A, their new fifth-generation platform.

This piece first appeared in 2016 in The Daily Signal here.