$3600 for You: Why Biden’s Child Tax Credit Is Bigger Than Stimulus Payment 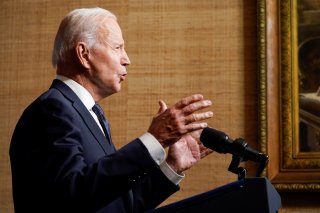 Here's What You Need to Remember: The IRS has also confirmed that a portal for the credits will be launched by July 1, which can be used to update and adjust personal financial information and any changes to child dependents. Non-filers can also fast-track their payments if they input their necessary information on the site.

If struggling Americans could get their hands on ten coronavirus stimulus checks all at once, then there’s a high likelihood that few would refuse such an offer.

But this could really become a reality when tax season rolls around next year and those who want to bag that $16,000 must know what tax form to fill out.

As another part of President Joe Biden’s massive American Rescue Plan, know that parents who pay out of pocket for child care services can now collect those related expenses in the form of tax credits of $8,000 for one child and up to $16,000 for two or more children.

In order to be eligible for the full amounts, according to guidelines released by the Internal Revenue Service, a family’s adjusted gross income must not surpass $125,000, and if the income earned eclipses that amount, the credits will phase out at a 50 percent clip. Be aware that the rate phases down again to 20 percent for those earning $183,000 and will stay at that level until income hits $400,000.

The tax credits, however, will completely phase out for those earning $438,000 or more.

The IRS is also highly recommending that potentially eligible parents should start preparing immediately if they have any intention of claiming those tax credits next year. Just make sure to keep all receipts, forms, or documents outlining what was spent on child care, which could be daycare services and related transportation costs.

Then during next year’s tax season, complete Form 2441 and attach it to the tax return before sending it off.

Do take note that these tax credits aren’t associated with the expanded child tax credits in any way. Those checks, which are also from Biden’s stimulus bill, are expected to start landing in bank accounts of eligible parents on July 15. Then the following $250 or $300 per child payments are slated to be made on August 13, Sept. 15, Oct. 15, Nov. 15, and Dec. 15.

The payments will be made either by direct deposit or by paper check sent via USPS, according to the IRS.

The IRS has also confirmed that a portal for the credits will be launched by July 1, which can be used to update and adjust personal financial information and any changes to child dependents. Non-filers can also fast-track their payments if they input their necessary information on the site.