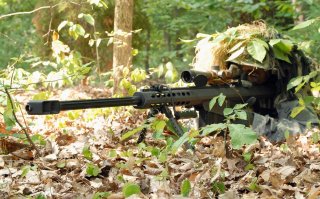 Here's What You Need to Know: The Barrett’s ability to destroy enemy war material such as communications equipment, vehicles, weapons and other items with the heavy .50 BMG round created a new category of weapon—the antimaterial rifle.

This article first appeared in January 2018 and is being reprinted for readers.