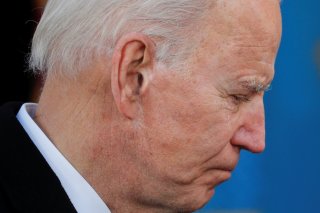 Here's What You Need to Remember: Much of the stolen money likely went to criminal syndicates in Russia, China, and Nigeria, among others, and a large portion of the rest of the cash was stolen by street gangs located in the United States.

Much like coronavirus stimulus checks over the past year, money from unemployment benefits has kept millions of struggling Americans afloat.

But according to ID.me, a fraud prevention service, it recently revealed to Axios that the United States lost more than $400 billion to fraudulent claims, which would be roughly half of all unemployment cash disbursed during the ongoing pandemic.

The outlet further revealed that much of the stolen money likely went to criminal syndicates in Russia, China, and Nigeria, among others, and a large portion of the rest of the cash was stolen by street gangs located in the United States.

“Widespread fraud at the state level in pandemic unemployment insurance during the previous administration is one of the most serious challenges we inherited,” said White House economist Gene Sperling, per Axios.

“President Biden has been clear that this type of activity from criminal syndicates is despicable and unacceptable. It is why we passed $2 billion for UI modernizations in the American Rescue Plan, instituted a Department of Justice Anti-Fraud Task Force and an all-of-government Identity Theft and Public Benefits Initiative,” he added.

This is, however, not the first reported instance of stimulus funds being a target of criminal activity. Federal authorities have also recently announced that Venezuelans currently residing in Florida and Mexico had taken more than $800,000 worth of stimulus checks over the past year.

There have also been reports of smaller fraud cases in which some Americans have tried to cash stimulus payments that are under a different name.

According to the law office of Stechschulte Nell, one should never take such a risk no matter how dire their economic situation is.

“In some cases, people have been defrauded of their stimulus check, and when they try to deposit what they think is their real money, they may find that they have been a victim of a scam. Even though they are the victim, they may nonetheless be charged with a crime. Regardless of why you have been charged with fraud, you need to contact an attorney as soon as possible,” it continues.

Engaging in check fraud could potentially lead to decades behind bars and sizeable fines.

“There are serious consequences for committing check fraud. This can include a fine of up to $1 million, or you can be imprisoned for up to thirty years (or both),” the law office states.