5 Best: The 9mm Handgun Has Only Gotten Better With Age 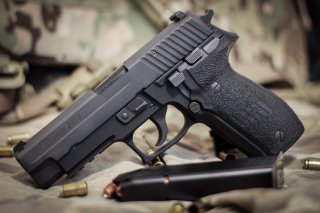 Here's What You Need to Remember: The Springfield XD combines a number of older and newer features from other guns on this list to create a fairly unique and impressive package. The XD has a grip safety like the one on the Colt 1911A1 handgun, that prevents the gun from being discharged unless gripped properly.

The 5 Best 9mm Caliber Handguns on the Planet