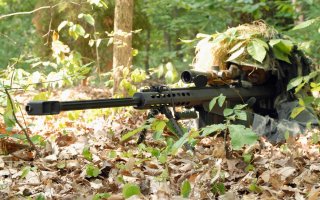 Here's What You Need To Remember: Sniper rifles are a choice weapon for insurgents and guerrillas, as they are a natural asymmetric weapon against conventional forces. The M99 sniper rifle has mysteriously showed up in the hands of rebels in the Syrian Civil War, where it has proven effective against Syrian Arab Army forces. The weapons are thought to have come from Sudan by way of Qatar.

Kyle Mizokami is a writer based in San Francisco who has appeared in The Diplomat, Foreign Policy, War is Boring and The Daily Beast. In 2009 he cofounded the defense and security blog Japan Security Watch. You can follow him on Twitter: @KyleMizokami. This first appeared in 2018.