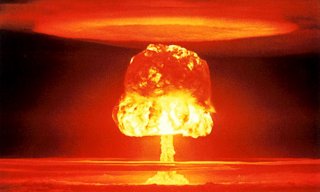 Here's What You Need to Remember: There are too many nuclear war close-calls to count, but these were some of the scariest.