5 Ways the World Could End Like This: How a Nuclear War Could Happen 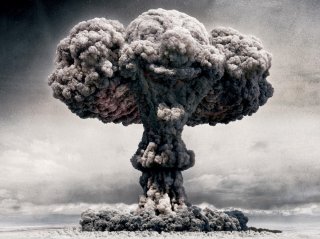 Here's What You Need to Remember: A small regional war, awful as it would be, would not destroy the United States nor threaten the end of the human race. A nuclear conflict of any serious size in the Northern Hemisphere, however, would effectively mean the end of the modern era.