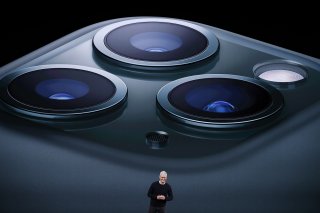 Key point: It is hard to believe that smart phones are relatively new and yet feel so vital to daily life. Here are some of the worst ones that drove consumers nuts.

The modern smartphone era emerged years ago when Apple unveiled the original iPhone. Google launched Android soon after that, and since then, we’ve witnessed hundreds of different smartphones hitting the market.

Many of these smartphone offerings have knocked it out of the park, but some have caused more bewilderment than enjoyment among their users. With any new tech venture, though, this should be expected.

That shouldn’t stop us from analyzing the smartphone winners and losers of the past decade-plus. So, for this particular piece, let’s focus on the latter. In no particular order, here are five of the worst smartphones of all-time.

Sorry Samsung, but first up is the Galaxy Note 7, released in August 2016. This really was a powerhouse of a phone with special S Pen stylus support, but things began to go awry when several of the devices spontaneously exploded or burst into flames. Eventually, the blame was placed on a faulty battery and it prompted a worldwide recall. Just in case any Note 7 diehards ignored the recall, Samsung bricked their phones with a software update.

No. 2 is the 2008 BlackBerry Storm, which epitomized a poorly designed smartphone. The Storm came with an incredibly slow clickable screen, horrible battery life and outdated software. Not to be outdone, it didn’t even have Wi-Fi support. It is not surprising to hear that most of the 1 million BlackBerry Storm phones sold in 2008 were eventually returned.

Next up is the iPhone 5C, which is on this list mostly because it failed miserably in meeting Apple’s sky-high standards. Released in 2013, the 5C came nowhere close to the performance bar of the flagship model that came out just a year before. Moreover, this model conspicuously lacked Touch ID, expandable storage and any semblance of performance speed. Apple is usually spot-on when it comes to aesthetics and design, but this phone came encased in plastic, which gave it the appearance of a cheap-looking device — it was the anti-iPhone.

In at No. 4 is the Amazon Fire Phone, which made its debut in July 2014. Having shown that it could be financially successful with tablets, Amazon decided to ride its promising momentum into the smartphone market. In the end, the venture was a clunker. The phone came with pedestrian specs, terrible battery life and unremarkable design. It only took about a year for Amazon to admit defeat and assume a $170 million loss.

Lastly, there are nightmares still to be had with the HTC Thunderbolt, which was released in 2011. The Thunderbolt was considered to be the first real 4G smartphone with LTE support to use Verizon’s network, but the high expectations quickly turned sour. The initial launch was delayed, and when it was finally released, the phone was confronted with limited availability of LTE networks. Moreover, the battery life was nonexistent and the phone had an annoying habit of restarting by itself at random.

Ethen Kim Lieser is a Tech Editor who has held posts at Google, The Korea Herald, Lincoln Journal Star, AsianWeek and Arirang TV. He currently resides in Minneapolis. This first appeared earlier and is being reposted due to reader interest.