5 Years And Counting: China Is Getting Ever Closer To Fielding A True Railgun 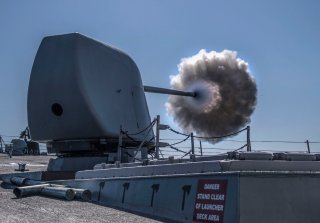 Here's What You Need to Remember: So has China made a breakthrough to make shipboard electromagnetic weapons feasible? That possibility can't be ruled out: China is growing stronger technologically with every passing year, or it might have allocated more funding toward railgun research.

China could have the world’s most powerful naval gun by 2025, according to a U.S. intelligence report.

Michael Peck is a contributing writer for the National Interest. This piece was originally published in July 2018 and is being republished due to reader's interest.