With 500,000 Fraud Claims, Maryland Has an Unemployment Problem 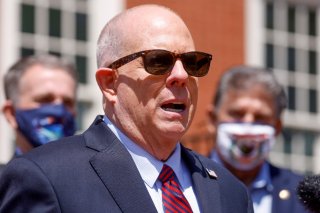 Maryland has reportedly detected over 508,000 new fraudulent unemployment insurance claims since the beginning of last month, according to the state’s Department of Labor, which brings the total number of fraudulent claims to 1.3 million.

The department noted that more than ninety-two percent of marked unemployment claims that have been investigated have been reported as fraudulent.

“As the economy recovers and states across the country continue to opt-out of the federal benefits programs, bad actors are becoming more brazen and aggressive in their attempts to exploit unemployment insurance programs than ever before,” Maryland Labor Secretary Tiffany Robinson said in a statement.

Robinson added, “I strongly encourage all Marylanders to remain especially vigilant in the coming weeks to protect themselves against scams and identity theft.”

The data released this week also revealed that the unemployment rate stood at 6.2 percent in April, with roughly 193,000 people in the state filing for unemployment benefits.

“While these federal programs provided important temporary relief, vaccines and jobs are now in good supply,” Hogan said in a statement earlier this month. “And we have a critical problem where businesses across our state are trying to hire more people, but many are facing severe worker shortages. After 12 consecutive months of job growth, we look forward to getting more Marylanders back to work.”

Republicans argue that unemployment insurance disincentives people from returning back to work, as millions of businesses have reported widespread labor shortages.